In the race for new customers, the engineers of Angst+Pfister believe trust is earned through expertise. Moreover, when the focus is on sport bikes such as BMW’s new RR motorbike model, then in addition, both a good development pace and a top quality product are essential. A look-back to the beginnings of a performance-driven partnership. 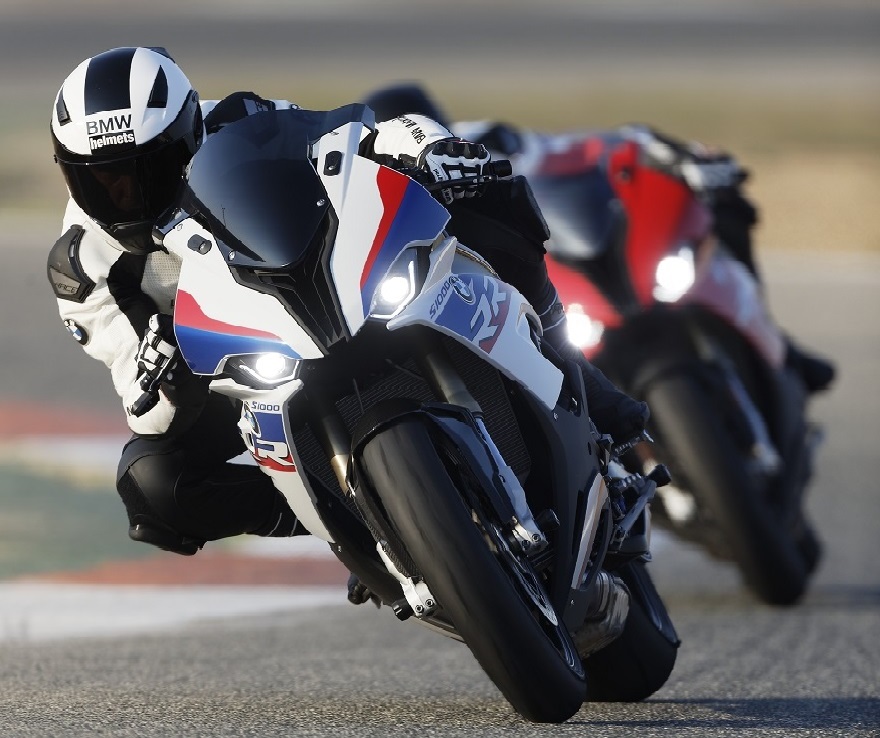 The superbike of superlatives: With the "BMW S 1000 RR", the world-famous motorcycle manufacturer heralded the next level of performance.

“When we got the very first order from BMW, the aim was to prove our engineering expertise and win the trust of this new customer,” recounts Marion Eckel, Product Application Engineer at Angst+Pfister Germany. Back then in October 2017, they were looking for a rubber-metal vibration damper – to deaden irritating handlebar buzz. The vibrations were caused by the counterweights on both outer edges of the handlebars.

When it comes to superlatives ...

BMW has built motorbikes since 1923 – in 2018 over 160,000 were sold worldwide. The company’s sales have been increasing for years. Ten years after the first generation of the “RR model” captivated the motorbike world, in 2018 the world-renowned motorcycle manufacturer took performance to the next level with the “BMW S 1000 RR”. This involved reworking nearly every single component of the “RR” – from front to rear. The result: The superbike of superlatives. Hence the need for the super rubber-metal vibration damper for the handlebars. A challenge had been set for the engineers of Angst+Pfister.

“After the first meeting with BMW’s engineers, we quickly realised that we would not be using the standard bushings from our catalogue,” says Mario Eckel. BMW required an axial rigidity of 350 to 500 N/mm. In addition to demonstrating our engineering skills, we also needed to impress the new customers with a good development pace – and this in the face of ultra-high quality requirements. BMW supplied Angst+Pfister with data and two concept proposals. Following a brainstorming session with BMW, Angst+Pfister’s engineers opted for the concept involving vibration dampers in the handlebars – counterweights would be screw-fixed to the vibration damper. This is beneficial as both the counterweight and the vibration damper can be replaced. In addition, it looks good optically.

BMW then provided Angst+Pfister with detailed specifications. “After the first results were in, we discussed a few design adaptations with BMW so several different bushing rigidities could be used in the first prototypes,” recounts Mario Eckel. Angst+Pfister had already delivered three different samples at the end of 2017 – with several rigidities and rubbers.

BMW had its focus on one of the options but required further experiments with and enhancements of the rubber compound. “Then we arrived at our favourite subject – compounding,” enthuses Mario Eckel – and saw a good opportunity for the Angst+Pfister team and the in-house compounding laboratory. With full throttle engaged, the laboratory supplied BMW with new vibration dampers. BMW now had several materials such as natural rubber and neoprene rubber in different rigidities for in-house bench tests and test rides at a test site. At the same time, the standard production tool was commissioned so as not to jeopardise the planned launch of the bike series.

The bench test results were good, but the test rider was waiting with unexpectedly critical feedback. “Unanticipated vibrations had occurred during the test rides that had not been detected on the test bench. This led to the failure of some of the handlebar fittings,” recalls Mario Eckel. After a meeting with the test rider and the new test results to hand, Angst+Pfister repeated the finite element analysis and cautiously increased the rigidity of a vibration damper – and hit the mark on the second run, as the next samples confirmed.

Further tests followed before going into serial production: In order to guarantee a long operating life, the handlebars with the new bushings were mounted on a shaker table to test the material at critical points – for 72 hours at 500 Hertz and 60 degrees Celsius. Frequency deviation had not to exceed a maximum of ten percent. The new vibration dampers made it without deformation or cracking. In the axial load-to-failure tests, they achieved perfect values of over six Kilonewton. The tests and the accompanying documentation were endorsed by Angst+Pfister. In October 2018 – just one year after the project tender – the development partners were ready for serial production. Angst+Pfister’s bushings were awarded PPAP Level 3 acceptance – an automotive component production standard.

“Joint definition of the requirements for the component was fundamental to the success of the project as was the close collaboration of both development departments and the test rider,” explains Mario Eckel. The production drawing contained such a wealth of detail that BMW was able to use it for other motorbike series. Our engineering performance has secured us pole position for the racing motorbikes. Angst+Pfister Germany is already working on two follow-up projects.

More information about our solutions for the automotive industry