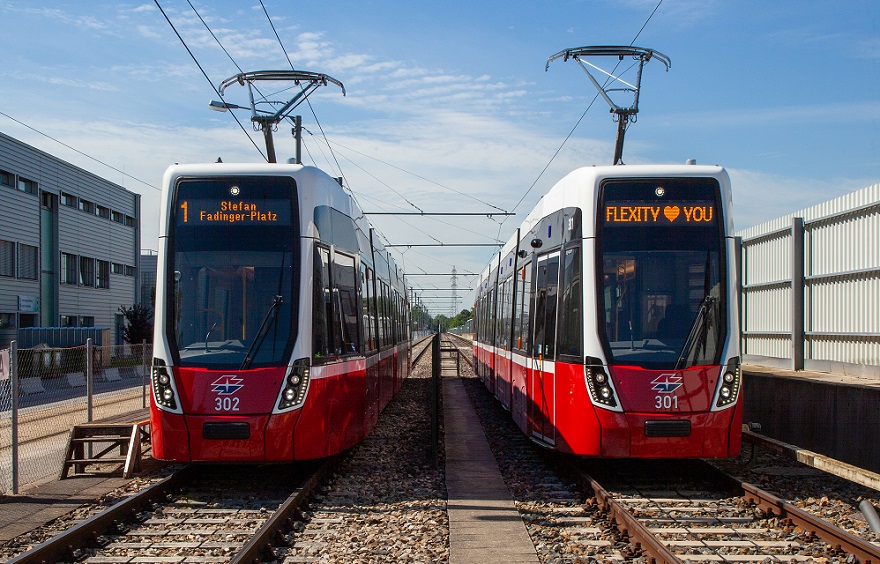 If, in the not too distant future, you  travel by tram across the city of Vienna, your relaxed journey will, in part, be due to components made by Angst+Pfister. The components were created as a joint development project with the manufacturer Bombardier for «Flexity Vienna». «Bombardier gave us rigorous specifications for the design of the components. However, they were open to proposals for improvements,» recounts Michael  Forrer. For the senior engineer for Antivibration Technology at Angst+Pfister’s headquarters in Zurich, this was sufficient motivation to go that proverbial extra mile: «We have a high level of expertise for developments like this. So we leapt at the chance and contributed a few suggestions.» Consequently, the new components are the result of a codesign with the customer. «Our input enabled Bombardier to perform new finite element analysis on each of the components – until the product satisfied the very stringent  requirements,»  adds  Michael  Forrer. The specific objectives were a layer spring and a vertical buffer.

For a pleasant journey

Bombardier attaches the vertical buffers to the bogie frame with two bolts – with each bogie requiring two vertical buffers. The bogie acts as an interface between the vehicle body and the track, and is responsible both for a comfortable journey and for protection from the risk of derailment. When a tram travels along a bend, the vehicle body tilts against the vertical buffer. «First off, it is an end stop for extreme loading conditions or tight curves and not primarily designed to resist  vibration,»  explains  Michael  Forrer.  Not only will the buffers be stressed at the sides, but the sliding plate at the top made from high-performance plastic will also be subjected to horizontal movements. «There must not be any stickslip,» says Michael Forrer. «Otherwise, bumps to the vehicle body would be  transferred  –  and  easily heard inside.» Angst+Pfister’s layer springs are used to reduce the vibration caused by uneven  tracks or rolling  noise. There are two layer springs positioned both left and right of the vertical  buffers,  mounted  between  the  two  bogie  axles  to  absorb  vibration.  Without  them  the  vibration  would  also be transferred to the passenger areas.

«The vertical buffers in particular were a particularly challenging design project.» The engineers of Angst+Pfister suggested a few changes regarding the contours of the elastomer, its properties and the overall choice of material. In addition to the elastomer in the middle, the buffers  have a plastic skid plate at the top and a metal component at the base (see picture). «For example, we changed the material for the skid plate from its original polyamide to polyethylene. Polyethylene has lower sliding friction coefficients.» The result was a gliding capacity three times greater. «The more pressure the component is subjected to, the better it glides,» says Michael Forrer. «Both parts had to pass a multitude of tests.» For example, the vertical buffers were compressed about 800,000 times during the endurance tests. The component performance values at the end of a test may not differ more than 25% from the start values. After all, the buffers are going to be in service a full nine years.

One fire protection standard, one elastomer

«Angst+Pfister, is one of the only producers able to offer a homogenous rubber component guaranteed to meet the   fire protection regulations for components with up to two kilogrammes of pure elastomer mass to the market. The fire protection standard at stake is EN45545. The products that Angst+Pfister now supplies to Bombardier easily fall into the R24 product requirement classification – and that is unparalleled. «Other providers coat the bearing elastomer with a material that complies with the fire protection standard. This also conceals any imperfections in the rubber – such as cracks.» That is why clients clearly prefer a homogenous compound. In addition, suppliers who have insufficient  knowledge to produce a fire protective homogenous compound have to carry out complex   market analysis: According to EN45545 (section  4.7), they have to prove that the component cannot be made using a homogenous compound. «This is a loophole in the fire protection regulations. Thanks to Angst+Pfister’s   homogenous compounds, there is no need to go to the extra expense of conducting market research,» says Michael Forrer  proudly. For elastomers: The more flame  retardant additives are added to a compound, the worse it performs in the mechanical tests. «Creating a good balance between fire protection and mechanical properties is   an art in itself,» explains  Michael  Forrer. Moreover, the rubber has to withstand a variety of environmental factors. «Ozone, cold, heat, pollutants, aggressive cleaning solutions and so on.» Angst+Pfister also provides the customers with maintenance guidelines so that the components only have to be replaced as infrequentlyas possible.

Leading the way in fire protection

The team at Bombardier is very happy with the cooperation with Angst+Pfister. The solution-orientated,   proactive approach to engineering is excellent. « Regarding the development of fire retardant rubber components, Angst+Pfister is on the right track and in a very good position. Their engineers have vast expertise. It means that we don’t need to make any concessions when it comes to quality,» confirms Andreas Wolf, lead suspension engineer at Bombardier. 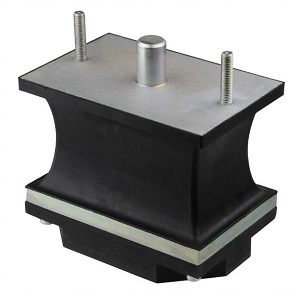 Vertical buffers serve as end stops for heavy load or in tight curves. 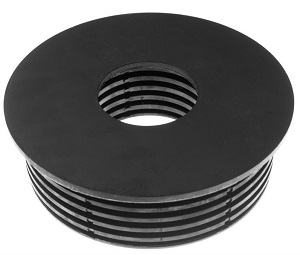 Find out more about our solutions for the railway industry