A high-end seal for a high-end coffee machine – the sealing specialists at Angst+Pfister in Italy convinced Carimali, a company with tradition, to use a very high quality lip seal in their brewing units. Even though the new seals come at a price, now that less servicing is required the overall running cost of a professional fully automatic coffee machine has gone down. 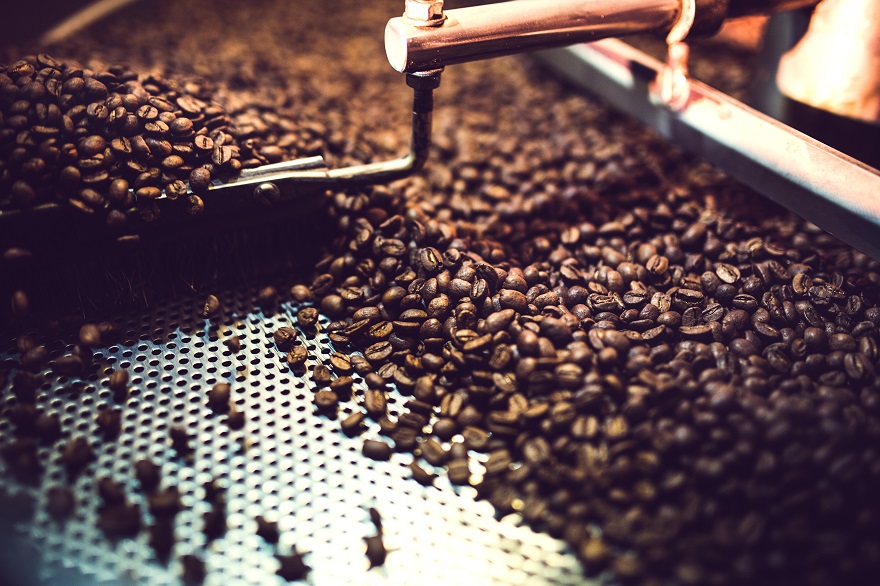 Cristiano Pinca knows what he is talking about: “False economies can be expensive.” If you consider the overall running cost of a professional coffee machine including repairs and maintenance then at the end of the day apparently cheaper solutions for the internal  workings result in unnecessary costs. Some time ago, Cristiano Pinca, Product Application Engineer fors ealing technology at Angst+Pfister Italy, tried to persuade Carimali, manufacturer of coffee machines, of the benefits of various sealing solutions for  the steel brewing  unit of  its machines. The  seal  in the automatic  coffee  machines moves up and down and because of this it has to be able to endure a lot of wear. A special lip seal ensures there is a scraping effect to keep the area free of coffee remains. “That provides a first class coffee experience,” explains Cristiano  Pinca.  In addition,  the  sealing has to comply with a range of hygiene standards.

“We were  totally  convinced  that  we  could  help Carimali with our solutions and in 2012 began  to  make  a few  recommendations  first the standard fluorocarbon O-rings that had to have a low unit price,” says Cristiano Pinca. It’s not a contradiction: high quality can reduce costs A high-end seal for a high-end coffee machine the sealing specialists at Angst+Pfister in Italy convinced Carimali, a company with tradition, to use a very high quality lip seal in their brewing units. Even though the new seals come at a price, now that less servicing is required the overall running cost of a professional fully automatic coffee machine has gone down. 18 Carimali with them.” The company was impressed with the purity of the material and its exceptional health compatibility. “This is important, because the legislation includes stiff penalties for non-compliance,” warns Cristiano Pinca. Initially, Carimali insisted on staying with the old components and suppliers due to the sales targets which focussed mainly on cost.  The  team  around  Cristiano Pinca showed persistence. The two Product Application Engineers Walter De Vecchi and Carlo Lorenzi as well as Sales Application Engineer Alessio Bertini at Angst+Pfister Italy did not lose heart and looked for other ways of enhancing  the quality of  the Carimali coffee machines without losing sight of the cost issue. Six years after the first O-rings the day finally arrived: Angst+Pfister triumphed, winning over  Carimali with a  special  product  of exceptional quality  and  durability. “Angst+Pfister won our trust with a special  product of  exceptional quality and durability”, tells Adamo Ballo, R&D Manager at Carimali.

The new technical director of Carimali recognised, in renewed tests, the benefits  of  the silicone-filled lip seals with the scraping-effect (mentioned above) that the engineers of Angst+Pfister had specially designed: The seal   contains an internal spring to maintain elasticity for as long as possible. Carimali realised that all in all, in effect here was a more economical solution than the previous one. It fulfils the requirements for seal resistance particularly well and  Carimali can now expect fewer repairs, fewer complaints and higher customer satisfaction. At the same time, the seal complies, of course, with the strict European Union purity requirements for components  that  come  into  contact  with foodstuffs.

“The  point  is  that  although  the  new  seal  is  more expensive per unit than the previous seal – when you look at the overall running costs, the price is more than justified,” says Cristiano Pinca pleased. In the long run, the new high quality seals are the cheaper ones. The seal will now be used in the sort of high end coffee machines for which the customers have  equivalently  high  expectations. "We  are convinced that this will give them even more quality and indulgence", says Adamo Ballo of Carimali. Angst+Pfister will also be supplying O-rings for  a second coffee machine model with a plastic brewing unit from the product group PERTEC® with the highest degree  of purity with  regard  to the EU  regulations.More  information  on  PERTEC®  products is available on page 4 of this magazine.

Carimali – coffee as you love it

The traditional company Carimali has a great deal of technical experience: It was founded in 1919, produces   coffee machines for commercial use and  sells  them  the  world  over. Its headquarters are located near   Bergamo in Italy. This is also the site  of  its  most important production facility. A second plant  with  a logistics centre is situated in Suzhou, China. The product range includes semi-automatic and fully automatic coffee  machines, coffee grinders and accessories. 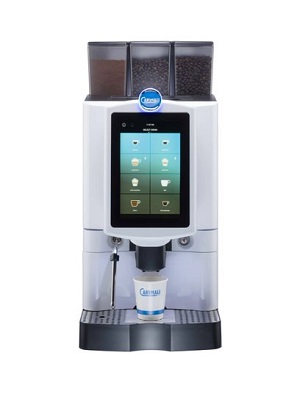