Understanding each other over the miles – communication is the thing

Building trust with new customers, overcoming cultural and language difficulties, explaining technically complex matters – at the point where crucial details are decided – is no easy matter when communication is digital. Knowing the success of their consultation approach, Angst+Pfister’s engineers were able to take on difficult projects right in the middle of the pandemic – projects whereby failure was not an option – such as the three new antivibration components for the South Korean company Dawonsys. 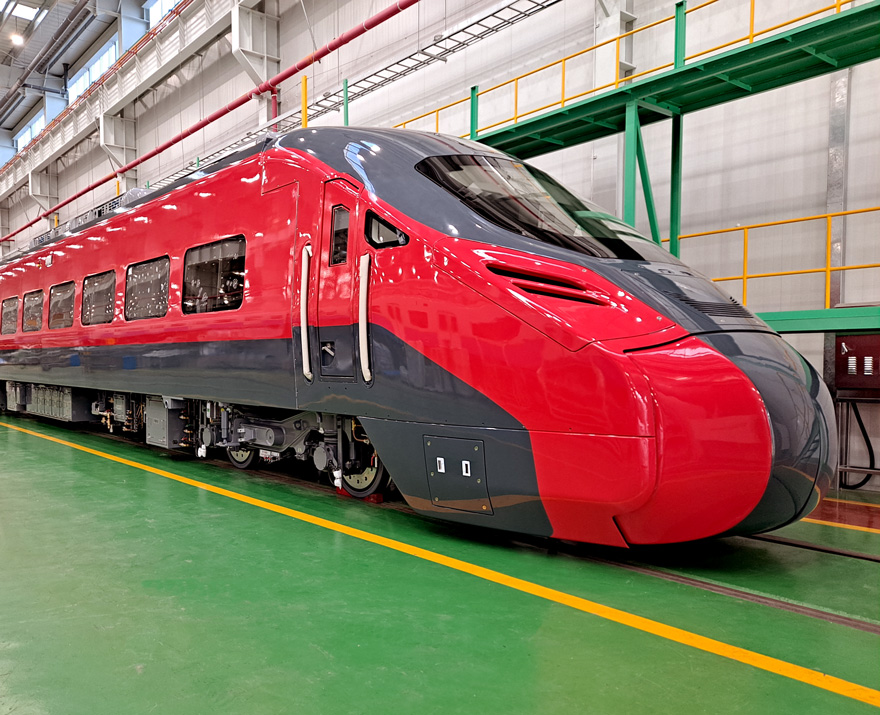 Dawonsys is a diversified South Korean technology business that manufactures rolling stock for the railway industry. One of its bogies is used by the South Korean state railroad Korail for a multiple unit with which it operates high-speed services. “You will never fail with Dawonsys,” is the motto on their flag – a sentiment that also boosted the motivation of Angst+Pfister’s engineers.

“We felt quite sure that we would impress our new customers in South Korea with our technical expertise,” recalls Arno Vinzens, Sales Project Manager for Antivibration Technology at Angst+Pfister’s headquarters at Zurich. The challenge was more in coming to terms with the geographical distance necessitated by the pandemic with only digital communication to see us through. At the same time, there were cultural and language differences. And then, there was the organisation of complex logistics between the international production plants of Angst+Pfister, a new South Korean sales partner and the final customer, so that, for example, the free trade agreement could come into effect.

Initially, the Sealstar company in South Korea coordinated the interface between Dawonsys and Angst+Pfister. The Angst+Pfister Group Engineering in Switzerland took on the project. Navigating the work culture was a steep learning curve. Michael Forrer, Senior Engineer, looks back on a successful project: “We are used to moving step-by-step to an ideal solution during a project. At the start, you usually work with approximations. The resulting information is then applied to implement small changes or even completely change the course of the project.”

In this project, all the defined initial values, even before the prototype phase, were considered sacrosanct as soon as they were released for the supply chain to the end customer. This involved extremely detailed consideration of: What is going to be tested? How is it going to be tested? To do this Angst+Pfister was required to submit binding proposals. “Right from the start communication had to be careful and exceptionally precise.” Changes were virtually impossible during the project. “Even those people familiar with Asia needed to learn to adapt to certain national characteristics for the projects to be concluded successfully,” adds Arno Vinzens. This also necessitated Angst+Pfister finding creative solutions – such as minute component design adaptations so that testing could be carried out constructively and exactly as defined at the start of the project. The high degree of commitment and expertise Dawonsys brought to the project was a massive contributing factor to its success. Cross-cultural cooperation worked from start to finish – made possible by the high level of competence on both sides.

Three different rubber-metal components were requested. Transverse bumpers in the bogie absorb the lateral centrifugal forces of the coach body by providing cushioning for the immersion spindles. The bumpers require progressive stiffness to achieve this, so that as pressure increases, resistance likewise increases. An axle-guide bearing isolates the bogie from the vibrations caused by the unevenness of rail tracks. Spherical bearings reduce the vibrations between the coach body and bogie that are generated by the braking forces. “The three bespoke components are fundamental to the functioning of the new bogie,” Michael Forrer is pleased to note. We were also able to contribute our experience of endurance tests, approval compliancy and certification requirements.The project was in two parts, whereby Angst+Pfister was initially awarded only the first production volume. During the project, the South Koreans decided to extend the contract with Angst+Pfister.
“Our openness and transparent communication was without doubt a help,” says Michael Forrer. In the meantime, several thousand components have been delivered from the Turkish Angst+Pfister production plant to South Korea.

More information about our Rubber-metal parts for bogies in trains