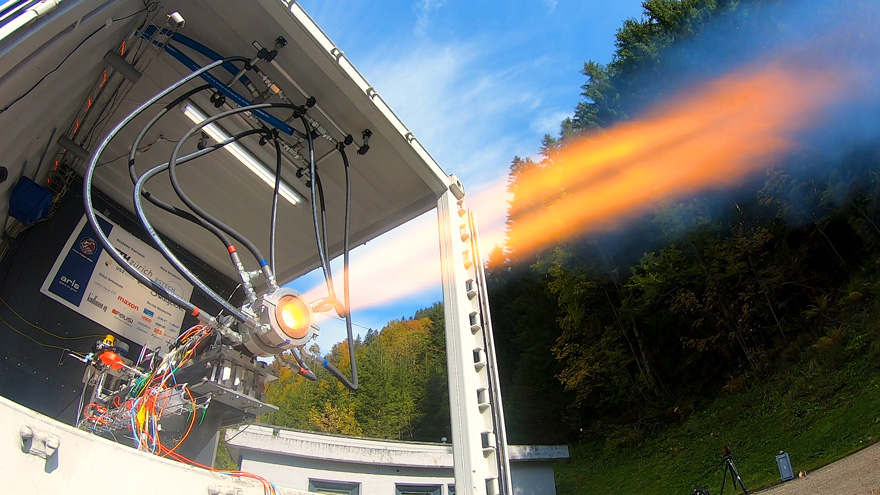 The students also needed special materials that are  able  to  withstand  extreme stress. Yves Riedo reached deep into the vaults: “One of the materials we used was Kalrez® with a selling price of several thousand euros per kilogramme.” The material allowed the students to carry out the maximum number of tests – without having to replace the seals and dismantle the engine every time. “If you want to win, you have to be better than the competition,” says Yves Riedo with a twinkle in his eye. The engine required a complete sealing system of 17 O-rings in six different dimensions, and a combination of five different materials. There had to be seals between the injector and combustion chamber, the combustion chamber and outlet nozzle, for the cooling system within the nozzle with the connections to the casing and the plenum chamber, as well as for diverse sensors within the injector (see illustration). In addition to the Kalrez® (FFKM) already mentioned, an ethylene propylene diene monomer elastomer (EPDM), a fluoroelastomer (FKM) and a fluoroelastomer (FKM) with a seamless FEP lining (FEP-O-SEAL®) were used.

Kalrez® is a DuPont™ brand. DuPont™, the DuPont Oval Logo, and all trademarks and service marks denoted with ™ or ® are owned by affiliates of DuPont de Nemours, Inc.